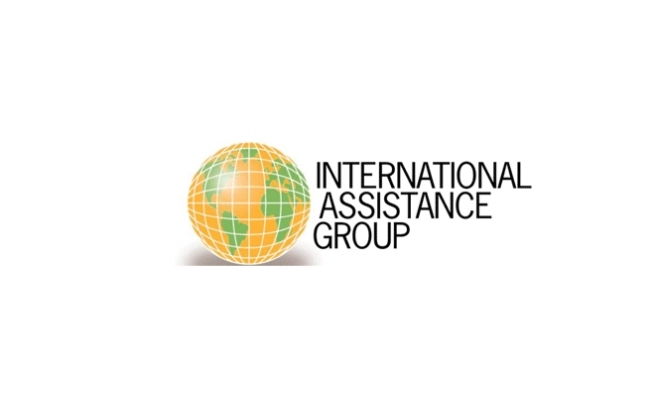 International Assistance Group’s unique Partnership Program has significantly increased its network of companies within the assistance industry, in the last two years, and has experienced an unexpected success in America. AirLink Ambulance has been accredited as its Preferred Provider in Mexico. This company has been nominated for three times in a row for the “Air Ambulance of the Year” Award given by the International Travel Insurance Journal (ITIJ).

AirLink Ambulance, established in the USA in 1998, is a full service air ambulance company, with corporate offices and aircrafts operating from Guadalajara, Mexico. With 65 medical, aviation professionals, and support staff, the company provides world-class air ambulance evacuations within or from Mexico, or any other Central and South American country, and the Caribbean- including Cuba. Under its direct operation, AirLink Ambulance controls all of the human and material resources and protocols required to provide the highest quality air ambulance service, and has completed over 2000 air ambulance flights. They have undergone thorough on-site inspections various times, and have been accepted as a preferred provider by some of the major insurance and assistance companies, embassies, and cruise lines in the world, now including International Assistance Group. The air ambulance company offers international and national bedside-to-bedside services, as well as ground ambulance services and medical escorts. AirLink is the only Mexican air ambulance company that has the permits to legally fly to Canada.

“IAG is proud to complement its worldwide map of Air Ambulances Preferred Providers with Airlink Ambulance in Mexico. Airlink has been used for many years by IAG; the new Partnership will undoubtedly tighten up our relationship and enhance our knowledge of the challenges faced by air ambulances within that region,” expressed Cécile Hermetz, General Manager of International Assistance Group.

The company is the first air ambulance company, in this zone, that received the European Air Medical Institute (EURAMI) accreditation. AirLink´s standard team on their missions is always a doctor and a paramedic, however they add medical crew if required by the condition of the patient.

AirLink Ambulance offers neonatal air ambulance services, in addition to pediatric service. The company has invested in state-of-the-art equipment and specialized personnel to care for the transport of babies of any age in critical condition, including premature babies weighing less than 1 kilo. In addtion, they employ highly trained air medical teams. They provide doctors, and paramedics, at least one of each on all flights, along with additional specialized medical staff required by the patient’s condition, including ER physicians, cardiac specialists, orthopedists, pediatric specialists, surgeons, neonatal specialists and neurologists. The company flies approximately 60% adults and 40% children. Cases are divided as follows: 40% critical stable; 30% stable; 20% very stable; 10% critical instable.

“Most of the patients transported in or from Latin America need intensive care (in our case around 80%). Especially in Mexico and Latin America, it is sometimes hard to trust medical reports or comments of treading doctors, since experience tells that the conditions of patients are often quite different from the initial statements when the air ambulance crew arrives. That is also one of the reasons why we always send a doctor in our mission,” explained Dr. Blanca Garcia, Director of Medical Operations, AirLink Ambulance.

As an organization working with Mexican communities to improve their health, AirLink has always been involved in fighting against the problem of burnt children in Latin America. Hence, they work closely together with the Michou y Mau Foundation for Burnt Children in Mexico and with Shriners Burn hospitals in the US, where their team receives continuous Advanced Burn Life Support training.

For the Foundation, AirLink provides reduced price transport for more than 50 burnt children a year. AirLink performs to maintain a balance between the economic development of the business, but also the welfare of its employees, the society, and environment. For AirLink, social responsibility means sustaining the equilibrium between those two. The role of AirLink´s business is to create and deliver services in a way that treats people fairly, meets individuals’ needs and aspirations globally, and encourages market and policy frameworks that enable a sustainable future. AirLink´s commitment is both passive, by avoiding engaging in socially harmful acts, and active, by performing activities that directly advance social goals.

AirLink is global in mindset, staffing, and activities. For a relatively small company located in a so called “uni-cultural” city, AirLink´s stands out for its cultural diversity. Employees from all over the globe (currently from the USA, The Netherlands, Canada, Colombia, Hungary, Italy, Morocco, and Mexico) work together and provide the organization with different views on the world, which makes thinking out-of-the-box easy. Not only cultural diversity is remarkable, but diversity is notable in different ways in the organization such as: welcoming female pilots and maintenance workers, possibilities and solutions to take babies and children to the corporate offices and space for the practice of different religions are a few examples. AirLink´s employees are stimulated to participate in social activities. The company has been recognized in numerous testimonials for the caring and compassionate service extended by its experienced, trained medical, flight, and customer service professionals.

AirLink Ambulance is a full service air ambulance company, operating from Mexico. AirLink Ambulance provides air ambulance and medical escort services within or from Mexico, and any other Central and South American country including the Caribbean. AirLink operates and maintains its own fleet of aircrafts, which, as well as our corporate offices, are located in Guadalajara, Mexico, right in the middle of the American continent. Their geographical location gives them the advantage to serve the entire American continent, moving our airplanes from South to North or the other way around. AirLink provides their services mostly for expatriates and travelers, being contracted directly by the major insurance and assistance companies, embassies, and cruise lines located worldwide.

International Assistance Group is a limited incorporated company in Paris (France) regulated under the French law and owned by its Partners. This worldwide commercial alliance of independent companies spanning all the links in the assistance value chain was formed in 1992 by five European companies with the aim of helping each other offer quality assistance. The group’s success has attracted accredited companies around the world and it now boasts 62 Partners and Preferred Providers (31 Core Partners, 13 Assistance Partners, and 18 Preferred Providers) and a turnover of over €1.3 billion. More than 6,700 employees take care of 138 million end users. Last year, International Assistance Group® handled over 6.0 million cases and 37,000 repatriations.