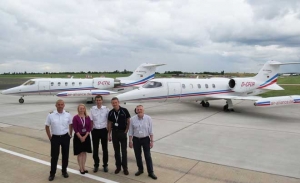 Air Alliance has increased capacity by adding a second Learjet 35A to their UK operations.

To help with the increase of availability, two new First Officers have joined the team in Birmingham. Dan Sanders and Tim Gurney-Coombs bring with them a wealth of experience in Air Ambulance operations, having more than 15 years of experience between them. They have joined a very highly skilled team in Birmingham which has several thousand flights hours each across the flight crew.

All flight enquiries are centrally handled by the German alarm center:
Phone: +49 2736 4428 45 // This email address is being protected from spambots. You need JavaScript enabled to view it.

The Air Alliance UK operation is now officially registered with CQC (Care Quality Commission), the independent regulator of health and adult social care in England. This is another milestone for Air Alliance in terms of quality and patient safety.

AirCARE1 International is celebrating the first anniversary of the inaugural flight of their third Learjet aircraft. This third aircraft has increased AirCARE1 International’s capacity to fly more patients to more international and domestic destinations than ever before. Their newest Lear 35A is one of the latest models manufactured to date by Learjet and keeps with the company’s vision of transporting patients in elegant, executive quality Learjets in a pleasant medical environment.

AirCARE1 International has differentiated themselves from all others in the air ambulance industry by utilizing a Holistic approach to patient care. As a critical care nurse and former music major, AirCARE1 founder Denise Waye, integrated music into the medical environment of air transport after seeing how music and a holistic approach to patient care dramatically decreased the stress levels in her patients. AirCARE1 International has been utilising holistic care for its patients to decrease the stressors of flight for the last 10 years and has seen dramatic results. During their flight, patients are provided with noise cancelling headsets with therapeutic music as well as hand massages utilizing aromatherapy. These amenities, along with a critical care team of highly experienced and qualified medical professionals, provide peace of mind for their patients and family members.

Today AirCARE1 International owns their own fleet of air ambulance aircrafts at two bases and operate them under their own FAA Air Carrier certificate. They are the preferred provider of many travel assist and insurance companies. Most notably, we have become a preferred provider for the International Assistance Group (IAG). We are only the second air ambulance provider to be selected from the United States.

Additionally, AirCARE1 International has been awarded both the CAMTS and EURAMI air ambulance accreditations. Dual accreditation is a rarity for air ambulance services, and this demonstrates our commitment to a higher standard of service. All of this combined helps provide their patients with the highest quality of care and superior customer service. 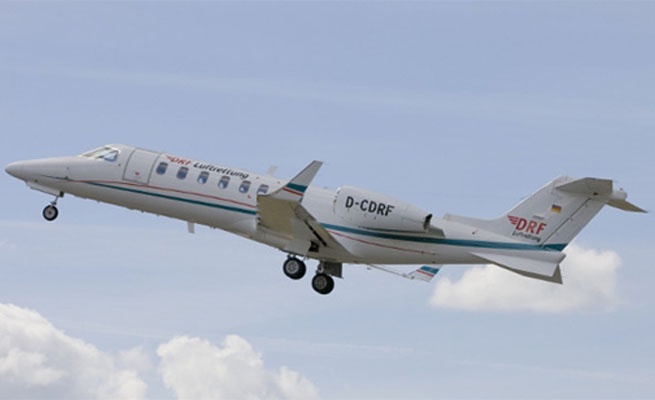 A new Lear 45 air ambulance aircraft is now part of the DRF Luftrettung fleet. The new jet took off last week on its first mission, right in time for the holiday season. A patient had to be repatriated from Portugal to a German hospital for surgery due to a medical emergency.

After the DRF Luftrettung dispatcher had clarified the medical facts, the crew set off for Faro at 12:45 pm. On arrival, they took charge of the patient and transported her to Munich that night while giving her intensive care on board the Learjet 45. Anyone on holiday or travelling on business abroad can have a sudden accident or fall seriously ill, so that further clinical care in the home country is required. Employees working for their companies abroad are flown back to their home countries for further medical treatment on behalf of insurance companies and assistance services, for example.

In addition, DRF Luftrettung repatriates its sponsoring members, who became sick or had an accident, to German hospitals, if this is medically indicated and ordered by a doctor. To coordinate these global operations, the DRF Luftrettung Alert Center at the airport of Karlsruhe/Baden-Baden is staffed with experienced dispatchers around the clock, 365 days a year. An incoming emergency call sets off extensive medical and flight-operational preparations: the dispatch coordinators in the Alert Center organize the entire transport of the patient, from hospital bed to hospital bed.

While one of them, for example, obtains the necessary visas and landing permits, another informs the physician on duty, who will discuss medical details with the treating clinicians in a doctor-to-doctor call. After careful planning of the flight path, the crew is alerted and informed in detail about the deployment. Within two hours of being alerted, the crew, consisting of captain, co-pilot, emergency physician and paramedic, is ready for takeoff.

"Our Learjet 45 will most often take off on its missions in a double stretcher configuration, so that we can always transport two patients at the same time. This allows us to combine patient transports despite tight deadlines, for example if a patient in Tenerife and another in Gran Canaria must be picked up and flown to the same country”, project manager Herbert Kauth explains.

Another advantage of the aircraft, which was purchased in South Africa, is the ease of refueling: the so-called single point refueling – which uses a single nozzle for refueling, to which all tanks are connected - saves time, which ultimately benefits the patient. In addition, the Learjet 45 has a modern glass cockpit with four screens that replace conventional instruments like the altimeter.

During the summer months, patients and crew further benefit from a special feature of the jet: the so-called auxiliary power unit, a mini engine that can also be operated on the ground and allows the cabin to be permanently air-conditioned during waiting times. To be able to transport patients aboard the Learjet 45, it was converted in recent months for its use as an air ambulance. To this end, new medical equipment was designed and installed on board. The DRF Luftrettung flight crew also had to prepare for the new jet.

The captains and co-pilots have been trained and licensed for the new aircraft type in a three-month training course since the beginning of this year. Finally, the jet was certified by the Federal Aviation Authority and registered in the list of air carriers who have been issued an Air Operator’s Certificate (AOC). In a last step, the European Aviation Safety Agency, EASA, issued a so-called Supplemental Type Certificate (STC) for medical equipment. With this, the Learjet 45 was ready to take off on its first mission.

Last year, 839 patients were brought home from abroad with DRF Luftrettung air ambulances and those of the LAA (Luxembourg Air Ambulance) under the name of EAA (European Air Ambulance). The flights went to 103 countries. The DRF Luftrettung air ambulances are stationed at the airport of Karlsruhe/Baden-Baden and start from there on their worldwide missions.

Besides repatriations with ambulance aircrafts, DRF Luftrettung operates 31 HEMS (Helicopter Emergency Medical Service) bases in Germany, Austria and Denmark with over 50 helicopters for emergency rescue and intensive care transport between hospitals, at eight bases even around the clock. About 700 emergency physicians, 300 paramedics, 160 pilots as well as 80 technicians are deployed with the DRF Luftrettung. In 2012, they flew a total of 38,748 missions. For further information, go to: www.drf-luftrettung.de. 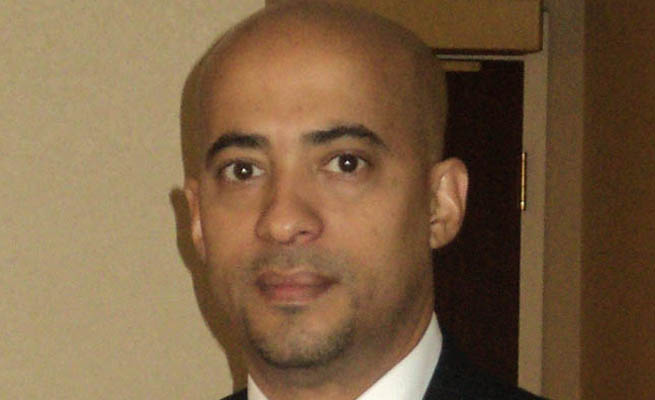 AeroMedical Escort Services is committed to the care of each and every patient with a comprehensive approach to their patient transport needs and medical care while traveling commercial air or private jet from and to anywhere in the world. We are well-staffed with highly trained and experienced critical care Nurses and Physicians who are thoroughly pre-screened. Our specially-trained medical staffs have traveled the world extensively and have the experience and the know-how to best navigate around foreign countries and airports. 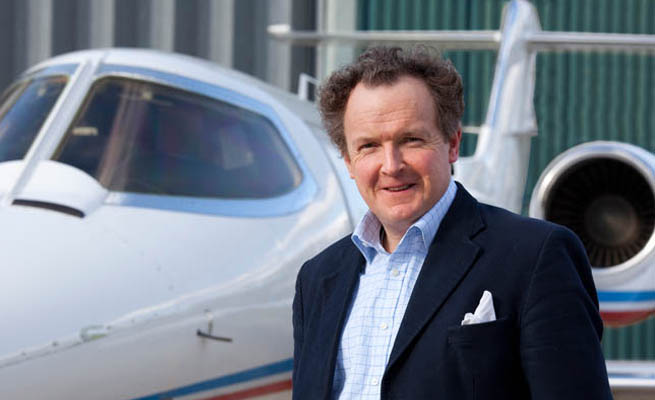 Rupert Dent is the Managing Director and Accountable Manager of AirMed. After 20 years in the Investment Banking industry, 12 of which were with what is now known as UBS Investment Bank, Rupert joined AirMed in 2003 as a Director and shareholder. His experience in corporate finance has helped in the development of AirMed over the last nine years. In particular the adaptation of the aircraft fleet to include jets and the significant expansion of the medical capabilities of the company, have proved key aspects in being able to grow sales from £1.4 mio per annum to the current £7.2 mio per annum. 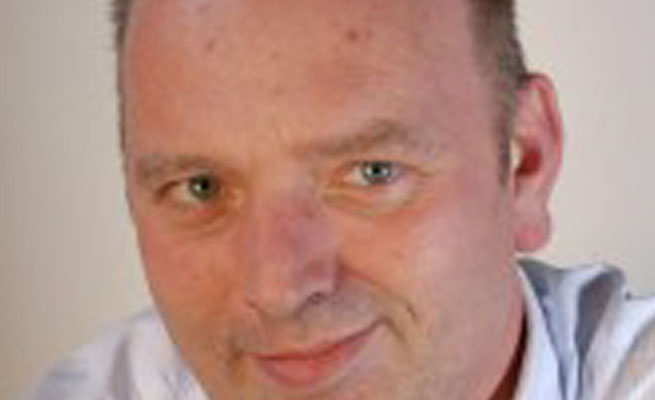 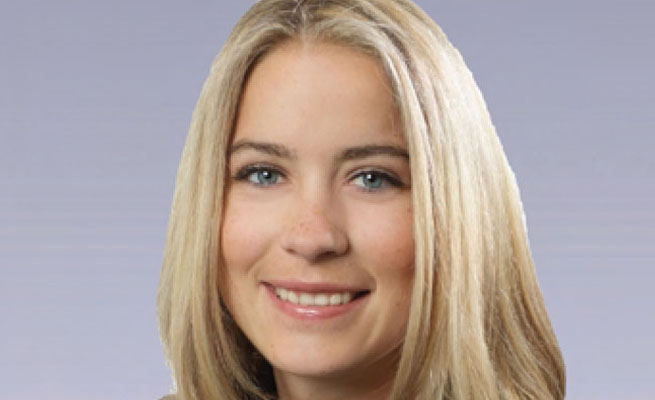 Irena Dimitrijevic is the Marketing & Sales Manager of JET EXECUTIVE International Charter. At Jet Executive you will find for every aspect of executive and ambulance flights. With over 20 years of experience in our business we find cutting-edge and secure solutions for all your charter needs - 24 hours a day, 365 days a year - since 1990. JET EXECUTIVE INTERNATIONAL CHARTER is the legal successor of taunus air, founded 1990 in Wiesbaden. The company is dealing under actual ownership since 1999. The actual fleet consists of three Learjets 35A, one Learjet 55, one Beechcraft King Air 200 and since January 2008 also one Challenger 600.