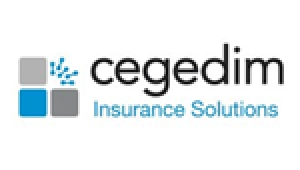 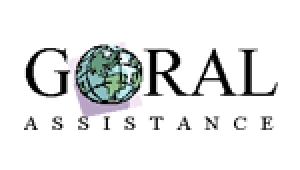 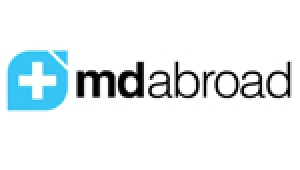 Every day, ABI members pay out £1 million to help cover the costs of medical treatment abroad, cancelled trips, or other travel troubles. However, more than one in five people still risk travelling uninsured.*

Mark Shepherd, Manager for General Insurance at the ABI said "Holidays are meant to be enjoyable and relaxing, but they can be traumatic for some travellers who become ill or are injured abroad.

"Medical treatment in foreign countries can cost tens of thousands, which is why it’s essential to have a travel insurance policy that will cover you, should you need it. Travel insurers pay £1 million a day for cancelled trips or to cover medical costs and offer support during an emergency abroad.

"There are a wide range of policies available, so it’s important to shop around to find a policy that meets your needs, and be aware that a cheap policy is not right for everyone."

The ABI’s 6 top tips for getting travel insurance

*More than one in five people (22%) risk travelling uninsured- statistics from ABTA. Average annual travel insurance of £33 does not include Insurance Premium Tax.

Aviva has revealed it paid out over £19.2m1 last year to UK holidaymakers whose holidays had to be cancelled before they started.

Despite the number of holiday cancellations, just a quarter2 of would-be holidaymakers take out insurance at the same time as booking their trip. A third (32%), buy it the month before their trip and 10% of travellers don’t bother with insurance at all, leaving themselves at risk from hefty medical bills or losing their holidays altogether.

Across its travel insurance business, the insurer received 30,0001 claims from disappointed travellers whose holiday plans had to be put on hold due to family bereavements, illness or other circumstances. The data also revealed:

However, Aviva research3 also shows that only 40% of people say they always take out travel cover when going on family holidays and a further 20% say they only take out cover when travelling abroad.

Commenting on the findings, Adam Beckett, director of products at Aviva’s UK general insurance business, said: “As the peak holiday season approaches, it’s important holidaymakers make sure they have enough cover in place if the worst happens and they’re not able to travel.

“Many travellers assume travel insurance just protects them while they’re on holiday and they might not take out cover until just before they jet off for sunnier climes. While we hope the worst never happens, it’s a sad reality that sometimes our plans have to be changed or cancelled due to illness or other unforeseen events. Taking out travel insurance at the same time as booking the holiday will avoid any unnecessary and added stress if holidaymakers aren’t able to travel.”

To help holidaymakers make the most of their break away, Aviva has put together the following travel insurance tips: 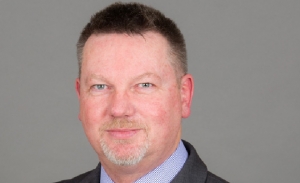 Globality Health is proud to welcome the appointment of experienced senior operations manager, Ronald Pritchard, as Head of Network Management. His mission is to optimize working relationships with partners and the medical provider network, with special emphasis on operational and financial efficiency. He joined Globality Health 4th April, 2016.

Previous experience was as an independent consultant for a number of blue chip domestic and international PMI insurers. His responsibilities included conducting reviews of claims processes, medical network management and distribution.

Ronald will also focus on meeting strategic goals by identifying and building clear objectives for the Globality Health medical network. 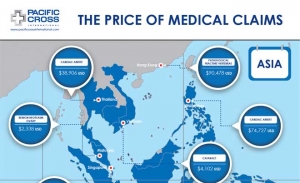 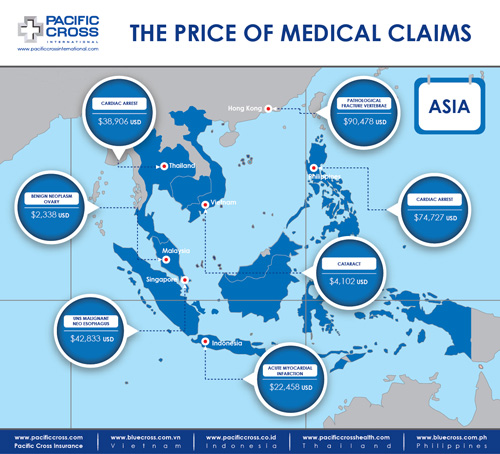 “As Crawford® clients and stakeholders are aware, the Company has made considerable efforts in recent months to simplify its global structure and provide an increasingly competitive service to the market,” Muress said. “The new structure ensures that each aspect of our international business is fully represented at executive level, enabling rapid decision-making and tactical implementation up and down the chain of command.”

“The way I often describe the global capabilities of Crawford is that we ‘join the dots.’ We are a cohesive, joined-up organisation at both a local and global level. This is viewed as a key advantage by clients across the board, from insurance companies through to Fortune 500® companies. In an increasingly interconnected world, we are able to maintain our position as a truly global provider.”

Analysis of India Network Claims data demonstrate that most visitors are getting sick due to one or other pre-existing medical conditions. All members are advised to purchase a plan with pre-existing conditions coverage.

India Network Foundation has been helping thousands of Asian Indian families in the United States with visitor health insurance for more than two decades. During that time, the Foundation's plans progressively covered typical problems often denied by almost all other insurance companies in the world. In the last five years, India Network Foundation has sponsored plans that include coverage for pre-existing health conditions, accidental death benefits, repatriation benefits and medical evacuation benefits as a part of their health insurance coverage.

A recent analysis of India Network Visitor Health Insurance claims data demonstrated that the insurance plans with pre-existing conditions have been extensively helping visiting parents than the plans without such coverage. In the United States, heart disease was noted on 68% of diabetes related death certificates among citizens 65 years or older. Diabetes is the leading cause of kidney failures in 44 percent of all new cases. On top of all, about 60 to 70 percent of people with diabetes have some form nervous system damage (http://www.cdc.gov/diabetes/pubs/pdf/ndfs_2011.pdf).

Dr. KV Rao, India Network said that the diabetic is so common among elderly that many visiting parents think that it is not a pre-existing condition that needs to be taken care of. As such, they tend purchase cheapest plan available in the market. Only those got sick realize how bad their plan was and it is too late to join a good one like India Network Health Insurance.

Since January 2015, AXA has published online the overall percentage of claims made which are paid, and is pleased to now display that information at the product level for Motor, Home and Travel.

AXA believes that increased transparency is crucial to lifting consumer trust, and addressing the concern, held by some, that insurers seek to avoid claims. To the contrary, AXA will quickly pay a valid claim, but has a duty to its customers to ensure their premiums are not inflated by the cost of paying fraudulent claims, or claims not covered by the policy purchased.

AXA understands that there can be confusion over what protection insurance policies provide, therefore it has made it a key objective to help customers by making it clearer what they are and aren't covered for and what information they need to provide when taking out a policy.

The claims statistics for the last 12 months to the end of December 2015, published today, show that a high proportion of claims are paid. AXA paid 99.8 per cent of motor claims, at an average value of £3,090, (including the cost of claims made by 3rd parties against our policyholders).

88.5 per cent of travel insurance claims were paid, at an average claims value of £644.  Some of the reasons travel claims may be turned down include non-disclosure of a pre-existing medical condition which led to a claim, lack of evidence for the loss, and/or the loss not being covered by the policy. This information and other examples are also provided on AXA’s web pages for travel insurance.

Additionally, AXA PPP healthcare paid over £760 million for over 360,000 of its members in the UK and approved 92 per cent of enquiries for treatment. It also paid 90 per cent of the value of all the medical bills it was sent (information based on data from 2014, 2015 data will be published shortly). Reasons claims may be turned down include the condition or treatment isn’t covered as standard, a benefit limit on the member's plan and/or the condition is pre-existing.

In addition to information on the relevant web pages for home, travel and motor insurance, AXA has introduced short on-line films to help consumers understand some aspects of health insurance, and highlighting the medical conditions customers should declare when taking out a travel insurance policy. The company has also developed a series of documents that explain the common reasons claims are turned down and the most important exclusions that customers should be aware of when taking out a policy.

These measures form part of AXA’s wider agenda to build consumer trust by improving transparency. In May 2015, AXA became the first insurer to publish the previous year’s renewal price for all its motor and home policyholders and this practice has now been extended to direct business insurance customers. AXA also publishes customer reviews of both the buying and claiming experience across all its product lines so that it is easier for consumers to make an immediate assessment of the company’s service.

For home insurance, 83.7 per cent of claims were paid at an average value of £3,019.  The smaller proportion of claims not paid are largely related to damage caused by wear and tear, or lack of maintenance which are not covered by insurance, and claims for accidental damage (for example wine spilt onto a carpet) made by customers who did not purchase that feature for their policy. AXA informs customers about this and other situations where claims might not be paid on their home insurance web site.

Paul Evans, Chief Executive Officer, AXA UK and Ireland said, “I believe that introducing this level of transparency is a real watershed moment and I hope it goes a long way to reassure our customers that we are there for them when they need us most. That is our role - to protect our customers as they go about their daily lives, so that they do not need to worry about the financial consequences when things go wrong. Although the vast majority of claims are paid, there is still work to be done in making it absolutely clear to our customers, not just what their policy covers, but also what it does not cover and we will continue to look for new ways to do that. There is a misconception that insurers will try to avoid paying claims, but by publishing this data we are demonstrating that the opposite is true. Fundamentally it is an issue of trust and such transparency is a good step towards earning that trust."