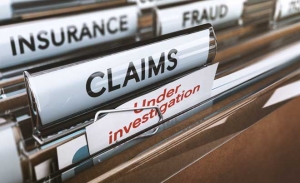 It will be lights, camera, action for CEGA's Head of Technical Claims Simon Cook, as he and his team talk through several fraudulent travel insurance claims: all successfully exposed via tools ranging from investigators on the ground overseas, to cognitive interviewing and sophisticated front-end fraud alerts.

Claimed and Shamed is expected to attract over a million viewers and will be broadcast later this year. The filming follows CEGA's success in the British Claims Awards last month, when its efforts to reduce and increase awareness of insurance fraud won it the 2018 Counter Fraud Award.

Simon Cook comments, "Our long-term participation in Claimed and Shamed is testament to our commitment to offer insurer clients the very best claims validation service: not just detecting, but also proactively preventing fraud, by telling the public that dishonest claims will be found out, wherever they originate in the world.

"In the last 18 months, we have also extended our global expertise to prevent insurer losses well beyond the travel sector, including the personal accident, household and health sectors. We have successfully identified emerging fraud trends and further invested in training for front-end claims handlers. And we have partnered with Charles Taylor General Adjusting Services to add insurance fraud investigation services to Charles Taylor's loss adjusting capabilities."