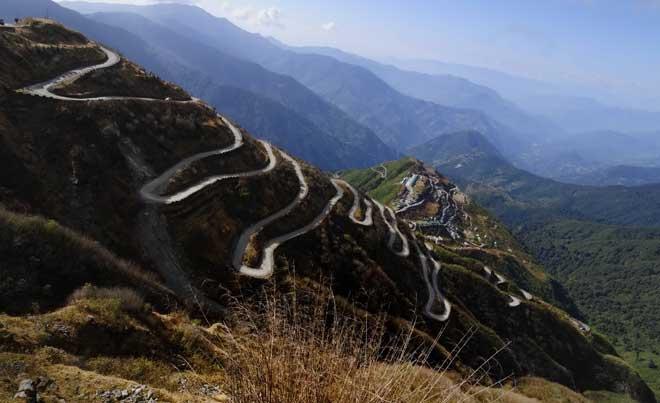 Visa facilitation is central to stimulating economic growth and development through tourism. Crossing international borders is fundamental to the tourist experience but cost, waiting time and difficulty of obtaining visas deter potential tourists from travelling.

Joint research by the UNWTO and the World Travel & Tourism Council (WTTC) demonstrates that improving visa processes could generate an additional US$ 206 billion in tourism receipts and create as many as 5.1 million jobs by 2015 in the G20 economies. On the year of the 20th Anniversary of the Samarkand Declaration on Silk Road Tourism, the 4th UNWTO Silk Road Ministers' Meeting convened to discuss visa facilitation as a means to further advance tourism development along the ancient trade route.

At the meeting, UNWTO presented its Tourism Visa Openness Report for the Silk Road Countries, mapping out progresses made and challenges yet to be addressed in the region. (ITB Berlin, Germany, 5 March 2014). With the support of ITB Berlin, the 4th Silk Road Ministers’ Meeting brought together 21 Ministers and Vice Ministers of Tourism from the Silk Road countries with representatives from the European Commission, the World Travel and Tourism Council (WTTC) and United Nations Educational, Scientific and Cultural Organization (UNESCO) to exchange experiences and visa facilitation strategies. Continuing the work initiated in 1994 when the Samarkand Declaration on Silk Road Tourism was signed, calling for ‘the adoption of facilitation measures that would reduce travel barriers and stimulate tourist flows along the Silk Road’ the participants discussed how the Silk Road countries can develop their collaboration to advance the visa facilitation agenda in 2014 and beyond.

Opening the meeting, UNWTO Secretary-General Taleb Rifai emphasized the importance of a cooperative approach, “Complicated visa processes are still a major barrier to the growth of the tourism sector, and as such a barrier to job creation and poverty alleviation. UNWTO welcomes the measures already taken by the Silk Road countries in this area and commends their strong commitment to further advancements, evident by the high level of participation in this Minister’s Meeting. Only by joint action can we fully unlock tourism’s potential as a driver of sustainable growth and regional integration along this unique historic route and transform barriers into opportunities”.

In today’s released Tourism Visa Openness Report for the Silk Road Countries, UNWTO research shows that while many visa barriers still remain, the global tendency towards visa facilitation can be observed also along the Silk Road. At the beginning of 2008, 87% of the world population required a visa prior to departure to a Silk Road destination as compared to 73% in 2013.

Between 2010 and 2013, visa facilitation measures in Silk Road countries accounted for 14% of all improvements made globally, with the most common measure being substituting a traditional visa requirement for a visa on arrival.