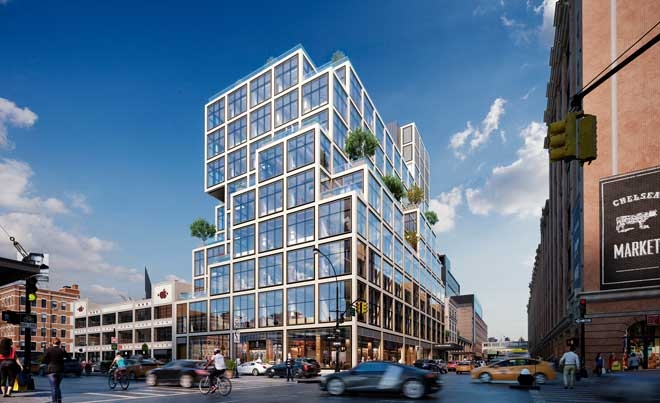 In The iPMI Picture: Aetna’s new corporate headquarters at 61 Ninth Avenue in New York City, which the company will begin to occupy in late 2018.
Rate this item
(1 Vote)

Late 2018 and Aetna’s corporate headquarters will be located in New York City.  The decision is a meaningful investment in Aetna’s future, and a key step in evolving from an insurer to a health company focused on consumers and their communities.

“New York City is a knowledge economy hub, and a driver of the innovations that will play a significant part in our ongoing transformation,” said Aetna Chairman and CEO Mark T. Bertolini.  “Many of the roles in our new office will be filled by innovators from the area’s deep talent pool, which will be an invaluable resource as we consider additional investments in the city going forward. I thank Gov. Cuomo and his team for their partnership throughout this process, and look forward to working closely with Mayor de Blasio as we build on our role as a responsible corporate citizen.”

Aetna already has an established presence in the city, including operations in Harlem.

“Aetna’s decision to call New York home is another testament to the Empire State’s extraordinary economic momentum,” said New York Gov. Andrew M. Cuomo. “New York has a deep, diverse talent pool and pro-growth environment that businesses need to succeed, and today more companies are choosing New York to grow and diversify their business. By relocating to New York and bringing another 250 jobs to the state, Aetna is sending a clear signal that New York is open for business.”

“New York City is where talent and technology come together. We’ve never been stronger, and that’s why companies like Aetna and their workers want to be here. We’re proud to support its move to the city,” stated New York City Mayor Bill de Blasio.

The move will have minimal impact on Aetna’s Connecticut-based associates.  The company remains committed to its Hartford campus and the thousands of associates based there, in addition to other established locations throughout the country and around the globe.  Several of Aetna’s key businesses will remain primarily based in Hartford, and the Consumer Health & Services team will continue to operate out of Wellesley, Massachusetts.

Aetna’s long-term commitment to Connecticut will be based on the state’s economic health. The company remains hopeful that lawmakers will come to an agreement that puts Connecticut on sound financial footing, and that the state will support needed reforms to make Hartford a vibrant city once again.