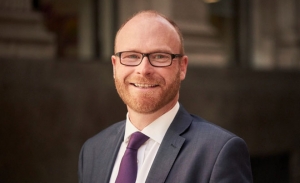 A major piece of research* released by AXA, in which 578 expats were surveyed, has found that two-in-five (39%) feel as though their mental health has deteriorated as a result of the COVID-19 pandemic.

Prior to the outbreak of COVID-19, nearly two-in-three (62%) would have described their general state of mind as good. However, this fell to just one-in-three (35%) during the pandemic. Fewer than one-in-ten (6%) said that their mental health had improved, and more than a quarter (28%) went so far as to say that they have never faced a situation that had been worse for their mental wellbeing.

Andy Edwards, Global Head of International Healthcare, AXA Global Healthcare, commented, “COVID-19 has clearly had a very real impact on the mental health of the expats in Europe that were surveyed. Many will undoubtedly have experienced feelings of isolation and struggled to either return home or visit loved ones. Now, with winter coming and many regions across Europe tackling a second wave of infections, it’s vital that these individuals prioritise their mental health.”

As troubling as these findings are, it seems that COVID-19 has brought about something of a change in the attitudes of expats towards mental health. Three-quarters (75%) of the respondents said that they have never used professional help to deal with mental health issues in the past. However, three-in-five (61%) say that the pandemic has made them reconsider the way they think about their mental wellbeing.

There is still work to be done though, in terms of encouraging expats to accept help when they need it. A quarter (26%) wouldn’t know where to find professional help to improve their mental wellbeing and half (47%) feel that they wouldn’t be able to pay for it. As such, despite the high number of expats who claim to have struggled, only 7% have used professional help to deal with a mental health issue during the pandemic.

Andy Edwards concluded: “While it’s certainly encouraging to see that expats are reconsidering their attitudes towards mental health, it’s clear that further encouragement is required for them to seek support. There have been huge improvements in connectivity and clinical pathways between primary care and mental health services either delivered by the state or as part of a health insurance plan. These improvements may play a significant role in identifying those people who have an underlying mental illness, but unaware, present only with physical symptoms.

“For those that are ready to seek help, this increased connectivity and advancement in virtual services that we’re seeing this year, improves accessibility and ensures that help is available for those that need it, wherever they are in the world.”

*Research conducted in June 2020 by Insights Consulting on behalf of AXA European Markets team. A total of 578 respondents living outside their country of birth were surveyed